The SCOTUS decision in West Virginia v EPA weakens the regulatory authority of the EPA and renders it dependent on Congress to legislate the path to transition to renewable energy.

SCOTUS also rejected Bayer AG's (BAYGn.DE) bid to dismiss legal claims by customers who contend its Roundup weedkiller causes cancer as the German company seeks to avoid potentially billions of dollars in damages. And the EPA is now forced to take a fresh look at whether the active ingredient glyphosate poses unreasonable risks to humans and the environment.

The plant was scheduled to close in 2025, but in light of the conflict between Russia and Ukraine and the rise in the cost of energy, California is now considering investing in the necessary improvements to extend its use. It produces 8% of the state’s energy and improvements would use $6Billion in infrastructure funds and also cost PG&E funds for decommissioning. Meanwhile, it poses a serious seismic risk, it is uneconomical to operate and it has constant negative environmental impacts – flushing 2.5 Billion gallons of heated water into the ocean every day and killing 1.5billion fish each year in the process.

We looked at the issue that the path to install solar arrays on multi-family units that are not low income are fraught with obstacles, and elevated the issue to our local representatives.

Members have increased their understanding and involvement in their local communities’ respective climate action plans.

Reducing the Use of Single Use Plastics –

We are learning of the impact of Single Use Plastics, and supporting alternative approaches to packaging and consumer practices.

If there is sufficient level of interest among our members and friends, we will plan an event that addresses the issue of socially responsible investing.

This group has spent a significant amount of time learning about the issue of regenerative agriculture and the benefits it would have on fighting climate change, conserving water and restoring soil health which is under global threat. Currently, a bill has passed the State Assembly and has passed through two committees in the State Senate. That bill is AB-2649 Natural Carbon Sequestration and Resilience Act of 2022. It builds on existing law for farm practices that promote soil health and carbon sequestration and sets goals that 60Million Metric Tons (MMT) of ghg be sequestered annually by the end of 2030, and 75MMT annually by 2035. 60MMT annual removal is equivalent to removing 13 million cars from the road. – Please write to your State Senators to ask them to support this bill. 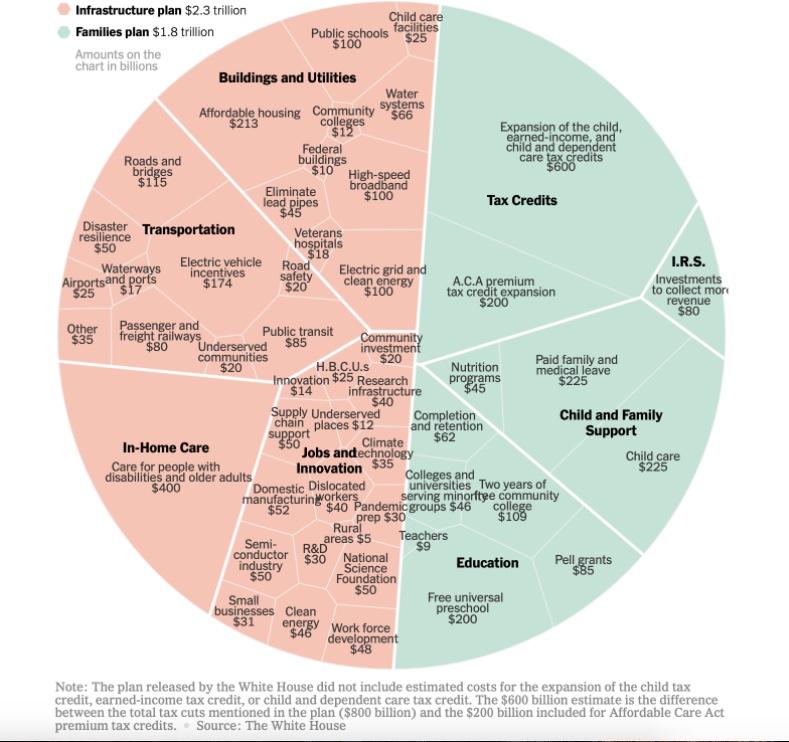 (Above is a display of the Biden Administration's Infrastructure Plan and Families Plan From NY Times published May 12, 2021 from The Learning Network)

How can we reduce further climate disasters Learn about the impact of Climate Change and its Causes - here are some resources:

● Read Bill Gates’ book on this subject. You can also read Chistiana Figueres’ Book. She was the chief negotiator of the 2015 Paris Agreement. 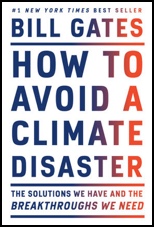 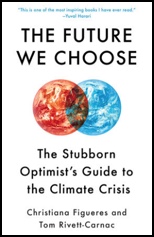 ● Be aware of where the 51 billion Tons of Greenhouse Gases (CO2, CH4, NO2, CHC) the world emits annually come from*:

*Source: pg. 55 “How to Avoid a Climate Disaster” by Bill Gates

● Be aware of environmental justice issues exacerbating poverty, hunger, homelessness, creation of refugees, etc. Here is an article that presents several good books on the subject.

Some personal actions you can take to help fight climate change

Here are some things the task force is already doing.

● Drive as little as possible or buy an electric car, or use alternate transportation like biking, walking or mass transit.

This article from Futurelearn.com contains good background information on these and other actions for going green, i.e. sustainable, and why a person’s carbon footprint matters.

● Be in touch with local politicians and encourage them to promote climate friendly policies, write letters to the Editor, and discuss these plans with your family and friends.

● Support Biden’s latest Plans on the Environment and his efforts with world leaders to implement vigorous international agreements on fossil fuel emissions curtailments.

● Support federal, state and private R&D to reduce 51 billion Tons of greenhouse gases to zero by no later than 2050.

● Support organizations that promote world reduction in population growth. 10 billion population by 2100 may be unsustainable.

● Help change current regulations that make it difficult or impossible to install solar panels on condos and multi-dwelling apartment houses.

● Tell PUC and local officials to favor renewable sources of electricity and make sure local Climate Action Plans (CAPs) require new buildings and single-family homes to be all electric.

● Support work toward achieving sustainable agriculture that includes production of food and fiber using methods that eliminates production of net CO2, ensures judicious water management and usage, prevents harm to biological ecosystems and habitats, protects health and safety of farm workers and ensures equitable production in the future that meets the nutritional and fiber needs of all people.

Previous SMCDFA Zoom Meetings Join as a Member Contact US