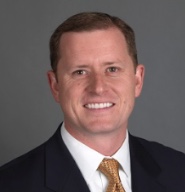 "What is the role of the District Attorney in a Black Lives Matter world?"

Join us on ZOOM as we kick off the new year. We'll discuss the Run-off Election in Georgia, decide which task forces will be formed to address the most pressing issues, and we will hear from former San Mateo Mayor Joe Goethals.

Mr. Goethals is a native of San Mateo and has served on the Peninsula Health District Board as well as on the San Mateo City Council since 2012 and fulfilled the role of Mayor in 2016 and 2020. He was also a Prosecutor in San Mateo and Alameda Counties.

Changes are taking place  in the justice system all around the Bay Area and around the nation. With his experience as a Prosecutor in Alameda and San Mateo Counties, our guest can share his  vision of what changes we need to  support.